Incident diuretic use, particularly use of loop diuretics, may increase the risk for respiratory-related morbidity and mortality in older adults with nonpalliative chronic obstructive pulmonary disease (COPD), according to a study published in the British Journal of Clinical Pharmacology.

This population-based retrospective cohort study used health administrative data from Ontario, Canada, for the period between 2008 and 2013. Nicholas T. Vozoris, MHSc, of the Division of Respirology, Department of Medicine, St. Michael’s Hospital, Toronto, Ontario, and colleagues identified adults aged 66 years and older with nonpalliative COPD and evaluated respiratory-related morbidity and mortality within 30 days of oral diuretic drug use. Using Cox proportional hazard regression, they compared these outcomes with those of a control group of people with COPD and no diuretic use.

The increase in respiratory-related morbidity and mortality occurred specifically as a result of loop diuretic use. This drug class is known to cause hypokalemia and metabolic alkalosis, which can contribute to hypercapnia. In contrast, thiazides and carbonic anhydrase inhibitors were not associated with increased rates of respiratory events. However, the subgroup analysis of patients who received carbonic anhydrase inhibitors, which can induce metabolic acidosis, may have been underpowered to detect any protective effects because of the small sample sizes.

The researchers noted that they could not exclude confounding by indication or the influence of unmeasured clinical covariates that may have contributed to these findings. In some cases, the prescription of a diuretic may have served as a marker of a sicker patient. Furthermore, the COPD definition was highly specific, which may limit the generalizability of the findings to the overall older adult population with nonpalliative COPD.

Nonetheless, these findings expose a potential for adverse respiratory outcomes in association with diuretic drug administration in this patient population. 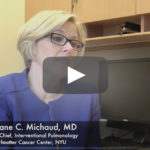