Individuals with chronic obstructive pulmonary disease (COPD) or interstitial lung disease (ILD) do not benefit from being listed as “bilateral transplantation only” compared with being listed as “unrestricted,” according to a study published in Annals of American Thoracic Society. In fact, listing suitable patients with unrestricted procedure preferences could increase the rate of transplants performed.

The researchers concluded that they were “unable to detect meaningful associations between procedural listing preference and ‘intention-to-treat’ survival outcomes following placement on the lung transplant waiting list in a contemporary cohort of US adults with COPD or ILD.” 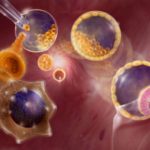