Periprocedural complications of percutaneous coronary interventions (PCIs) may occur more often in patients with chronic obstructive pulmonary disease (COPD), which may be an autonomous positive forecaster of no-reflow and a negative forecaster of periprocedural allergic response, according to a study published in PLOS One.

Researchers analyzed 221,187 patients who had undergone PCIs in Poland between January 2015 and December 2016. Of these patients, 5594 had COPD. The goal was to study the relationship between COPD, its complications, and statistics in patients undergoing PCI. 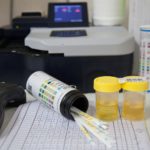