Poor, rural areas in the United States have almost double the occurrence of chronic obstructive pulmonary disease (COPD) compared with the general public, according to a study published in the American Journal of Respiratory and Critical Care Medicine.

After adjusting for confounding variables, living in a rural community was a predictor for COPD prevalence (odds ratio [OR], 1.34; P <.001), whether the individual had a history of smoking or was a current smoker (OR, 1.19; P =.031), or whether the individual had never smoked (OR, 1.34; P <.001). The poverty level of the community was an independent variable associated with the prevalence of COPD with an OR of 1.12 (P =.012), and a 1-unit decrease in household income below the poverty level increased the risk for COPD by 8% (P <.001).

Limitations to this study include the nature of self-reported diagnosis, in that COPD has been largely underreported by those who may be affected by the condition, especially if they are not educated on the effect of secondhand smoke and other household air pollutants. Researchers were also unable to calculate other risk factors such as time living in rural tracts, geographic mobility, and childhood infections.

Future research should evaluate the effect  environmental factors and secondhand smoke has on the prevalence of COPD, analyze risk factors at the individual level rather than at the census level, utilize measurement data to diagnosis COPD, and include a history of the individuals’ residences.

The researchers concluded that “[l]iving in a rural area, community poverty, and indicators of household wealth were significant risk factors associated with higher COPD prevalence.” These insights can help develop policies to reduce the risk for COPD in this underserved population. 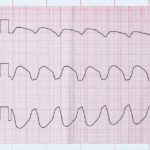