Adults with moderate to severe chronic obstructive pulmonary disease (COPD) prescribed beta-blockers may not experience differences in lung function, safety, or overall respiratory status compared with individuals with COPD not treated with beta-blockers, according to a study published by Chest.

Researchers identified 5162 individuals from the phase 3 TONADO 1 and 2 studies (ClinicalTrials.gov identifiers: NCT01431274 and NCT01431287), which were designed to assess lung function and patient-reported outcomes in individuals prescribed long-acting bronchodilator treatment (a combination of tiotropium/olodaterol) for >1 year for moderate to severe COPD. Individuals prescribed beta-blockers during the 1-year study (n=557) were identified and evaluated to assess differences in patient-reported outcomes, lung function, and safety in this population. Cardioselective beta-blockers were used in 80% of the individuals treated with a beta-blocker.

Clinicians may safely consider the concomitant use of beta-blockers in individuals with moderate to severe COPD who have an indication for their use.

Disclosures: The funding source, Boehringer Ingelheim, was involved in the study design and conduct, data collection and analysis, and the manuscript preparation, review, and approval. 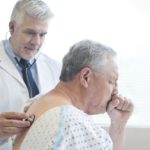