Patients with chronic obstructive pulmonary disease (COPD) tend to experience a consistent burden of symptoms over time, suggesting the importance of an individualized approach to symptom assessment and management. These were among study findings reported in Respiratory Medicine.

Researchers sought to ascertain whether patients with COPD experience consistent types and numbers of symptoms over time, as well as the characteristics associated with patients who experience a higher vs lower quantity and frequency of COPD symptoms.

At baseline, patients were divided into 3 subgroups based on symptom occurrence rates: low, intermediate, and high. Patients were then reevaluated at months 3, 6, 9, and 12 to assess whether subgroup reclassification was warranted based on evaluation of clinical characteristics, symptoms, and HRQoL.

“Our findings suggest that the symptom burden in COPD patients continues over time,” concluded the researchers. “Multidimensional symptom assessments should be prioritized to better understand the patient’s experience with the burden of disease and provide the specific treatment needed,” keeping the primary focus of treatment on the patients’ individual symptom experience.. 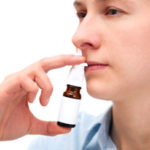 Inhaled Corticosteroids and All-Cause Mortality Risk in Patients With COPD