In patients with acute exacerbation of chronic obstructive pulmonary disease (AECOPD) who have experienced failure with noninvasive ventilation (NIV), the use of extracorporeal CO2 removal (ECCO2R) shows promise with respect to the avoidance of intubation, particularly in the absence of significant hypoxemia. An observational, single-center, retrospective study (ClinicalTrials.gov identifier: NCT04882410) was conducted at the Centre Hospitalier de Saint-Denis, in Saint-Denis, France. Results of the analysis were published in the journal BMJ Open Respiratory Research.

The researchers sought to evaluate the efficacy and safety of ECCO2R devices as an alternative to intubation in individuals with AECOPD through a retrospective review of data from patients’ electronic health records. All study participants were hospital patients with consecutive AECOPD who had failed NIV. Exclusion criteria included severe hypoxemia and contraindications to anticoagulant therapy. The researchers retrospectively assessed 26 patients treated with a newly implemented ECCO2R device between 2015 and 2020. The primary study endpoint was to record ECCO2R failure (ie, IMV or death by day 90). Secondary endpoints included effectiveness, safety, and observational data.

The outcomes of the ECCO2R-treated patients were also compared with those of a control group of 25 patients who had been treated in the hospital’s ICU between 2010 and 2015, prior to implementation of the ECCO2R device, and had received IMV; these IMV/control group patients met the same inclusion and exclusion criteria to the patients in the ECCO2R group and had similar comorbidities and demographic characteristics except for body mass index, which was significantly higher among those in the ECCO2R arm (30 kg/m2 vs 25 kg/m2).

The investigators concluded that the favorable results and low rates of complications reported in this study will likely revive the discussion about the role played by ECCO2R in the therapeutic arsenal of COPD acute decompensation. 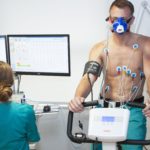