Four-meter gait speed (4MGS) is an independent risk factor for both 1-year all-cause readmission and mortality in patients with acute exacerbations of chronic obstructive pulmonary disease (COPD), according to the authors of a UK multicenter study published in the European Respiratory Journal.

As the investigators emphasized, “[t]here is growing interest in the prognostic role of simple functional tests in COPD as deterioration in functional capacity represents a common pathway that integrates multisystem consequences of the disease.”

“The 4MGS test, a measure of a patient’s usual walking speed, has been widely used as a surrogate marker of frailty in older adults . . . and has prognostic value in stable chronic respiratory conditions like COPD,” they wrote.

Noting that slower walking speed is associated with increased length of hospital admission and greater risk of a hospitalized older adult not being discharged home, the authors said the goal of their current study, a planned secondary analysis of a prospective cohort study (ClinicalTrials.gov Identifier: NCT01507415), was “to evaluate the ability of 4MGS to independently predict prognosis in AECOPD.”

Results from the 4MGS test performed at hospital discharge were examined for associations with outcomes prospectively observed for a period of 1 year. Outcomes of interest included all-cause readmission and mortality 1 year after discharge.

The investigators concluded that study “4MGS is an independent risk factor for both 1-year all-cause readmission and mortality,” adding that since “the measure is simple, cheap, and quick, we propose that routine measurement at hospital discharge would provide clinicians with valuable information to plan post-discharge care and support.” 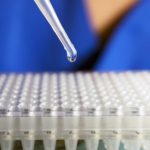