Impaired exercise ventilatory efficiency (VE) is associated with more dyspnea and lower exercise capability in smokers and nonsmokers with even mild chronic obstructive pulmonary disease (COPD), according to study results recently published in the American Journal of Respiratory and Critical Care Medicine.

Abnormally high ventilator equivalents for carbon dioxide (VE/VCO2) have been linked to dyspnea and exercise limitation in mild COPD. In the current study, researchers assessed a large population-based cohort to first determine the association between VE/VCO2 and the clinical outcomes of dyspnea and exercise limitation, and to then see how this association related to lung function and structural radiographic abnormalities.

The research was conducted in 9 cities in Canada, based on the Canadian Cohort of Obstructive Lung Disease (CanCOLD) study, which assessed patients 40 years of age and older at baseline, 18 months, and 3 years. A total of 1250 patients were selected for the current population-based cohort study. Participants from CanCOLD were assigned to 2 COPD subsets based on Global Initiative for Chronic Obstructive Lung Disease (GOLD) grade levels: mild GOLD 1 (n = 224) or moderate-severe GOLD 2-4 (n = 200). Peers without COPD were recruited and split into 2 subsets: current or past smokers without airflow obstruction (n = 381) or never-smokers (n = 445). All patients underwent a medical and symptom evaluation, pulmonary function tests, cardiopulmonary exercise testing (CPET), and computed tomography (CT).

Lung function was worse in the COPD groups than in the non-COPD groups (all P <.05). Participants with abnormally high VE/VCO2 (ie, greater than the upper limit of normal [ULN]) were more likely to have activity-associated dyspnea (Medical Research Council Dyspnea Scale ≥2; odds ratio (OR), 1.77 [1.31-2.39]) and an abnormally low peak rate of oxygen uptake (VO2peak less than the lower limit of normal [LLN]; OR, 4.58 [3.06-6.86]). The carbon monoxide transfer coefficient (KCO) possessed a more robust correlation with nadir VE/VCO2 (r = -0.38; P <.001) than other lung function and CT metrics. The prevalence of VE/VCO2 over the ULN was 24% in COPD (comparable in the GOLD 1 and 2-4 cohorts), which was higher than that in never-smokers (13%) and smokers with no airflow obstruction (12%).

The study was limited by the reference set for nadir VE/VCO2 greater than theULN, which was based on a relatively low number of healthy adults (n = 173). However, the researchers validated the set against a second unique sample, allowing the determination of normative values (50th and 95th percentiles) for nadir VE/VCO2 in men and women over 40 years of age. Using this type of data was beneficial in this study because participants older than 60 years had been underrepresented in earlier normative reference values.

Study results highlight the importance of impaired exercise VE as a possible contributor to dyspnea and exercise limitation in COPD, said the researchers. “Prevalence of impaired ventilatory efficiency was 23% in GOLD Stage 1 COPD, and points to the existence of important physiological derangements possibly representing a ‘vascular phenotype’ often not considered in clinical assessment or in research studies of patients with mild COPD,” the authors noted. “Our results support the use of CPET-derived ventilatory efficiency and single-breath resting KCO for deeper physiological characterization in smokers with troublesome respiratory symptoms,” they added. 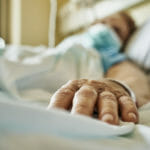