The use of noninvasive ventilation (NIV) differs significantly among patients with acute exacerbation of chronic obstructive pulmonary disease (AECOPD) who were admitted to an urban vs rural US Veterans Health Administration (VA) hospital. This was among study findings reported in a recent article in the International Journal of Chronic Obstructive Pulmonary Disease.

A retrospective cohort study evaluated AECOPD-associated hospitalizations in acute-care VA hospitals from 2011 to 2017. Recognizing that NIV reduces the need for invasive mechanical ventilation (IMV) and hospital length of stay (LOS), the researchers sought to assess the variation in risk-standardized NIV use after adjusting for illness severity among the participants. All of the hospitals in the analysis were stratified into quartiles according to the percentage of NIV utilization in patients who received any ventilatory support within the initial 24 hours of hospitalization. Characteristics of patients in both cohorts of participants were compared.

Among a total of 64,895 hospitalizations for AECOPD at 121 VA acute-care facilities within the time frame studied, 22,847 met exclusion criteria. Thus, the final cohort included 42,048 admissions at 106 VA hospitals over 6 years, with all involving admissions to an intensive care unit. Of these 42,049 hospitalizations for AECOPD, the median risk-standardized initial percent of NIV was 57.3% (interquartile interval [IQI], 41.9% to 64.4%).

Hospitals with the highest risk-standardized percent quartiles took care of more rural patients, used IMV less often, and reported longer hospital LOS among their patients. No difference in mortality, however, was observed in those hospitals in the lowest quartiles. The analysis also found that the risk-standardized percent of NIV use was 65.3% (IQI, 34.2% to 84.2%) in rural hospitals, compared with 55.1% (IQI, 10.8% to 86.6%) in urban hospitals. Nevertheless, hospital mortality rates, however, did not differ between the rural and urban hospitals.

The investigators concluded that the findings from the current study demonstrate that overall, rural hospitals have higher rates of risk-standardized NIV use than do urban hospitals. Additional research is warranted, to explore the exact mechanism responsible for the variation in NIV use between the 2 types of hospitals. 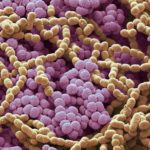