Hospitalized patients with chronic obstructive pulmonary disease (COPD) or interstitial lung disease (ILD) are not frequently prescribed opioids for severe breathlessness, and those who are prescribed opioids for breathlessness do not receive timely follow-up to assess their treatment outcomes after discharge, according to study results published in the Journal of Pain and Symptom Management.

This retrospective cohort study included patients with COPD or ILD who were hospitalized at the Royal Melbourne Hospital in Australia with an acute exacerbation or breathlessness crisis between 2016 and 2018 (N=412). Investigators examined patients’ electronic medical records to collect data regarding demographics, comorbidities, functional capacity, and disease severity. Additional data collected for the study included the prescribing rates for opioids during admission or on discharge.

Approximately 6.3% of the patients who were newly prescribed an opioid or had their preexisting opioid dose increased also continued their new opioid regimen on discharge. These patients demonstrated significantly worse diffusion capacity vs patients not treated with opioids (P =.026). Approximately one-third (33.3%) of patients who were newly prescribed opioids or had increased opioid doses received nonpharmacologic breathlessness management education delivered by physiotherapists or nurses. Only 5.6% of patients had documentation that the new opioid prescription or dose alteration was discussed during admission.

Limitations of this study included its retrospective design as well as the inclusion of patients from a single center.

Given these findings, the researchers suggested that there exists “an urgent need for clinical research to identify new, effective strategies to address severe breathlessness in both inpatients and outpatients with advanced chronic respiratory diseases.” 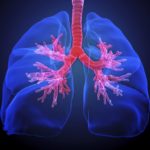 Dysanapsis May Be a Risk Factor for COPD in Older Adults