The presence of chronic obstructive pulmonary disease (COPD) around the time of rheumatoid arthritis (RA) diagnosis is a major predictor of early mortality, according to study results published in Rheumatology.

In this study, researchers evaluated data of 1,475,762 patients in the United Kingdom to identify patients with incident RA (n=6591). The prevalence of comorbidities at the diagnosis of RA and at 3 years was compared with the same number of age- and gender-matched controls (n=6591). The association of comorbidity burden was evaluated using the Charlson Comorbidity Index and Rheumatic Disease Comorbidity Index at diagnosis with all-cause mortality and joint destruction in people with RA. Researchers also evaluated the association between all-cause mortality and individual lung diseases including COPD, asthma, and interstitial lung disease.

There were several limitations to this study. First, the cohort was limited to patients in the United Kingdom, meaning results may not be generalizable to other populations. Second, this study relied solely on clinicians for the accurate recording of disease and disease progression. Third, researchers relied on primary care recording of events, which may have led to an underestimation of comorbidities. Fourth, analyses were limited by lack of data on specific causes of mortality. Fifth, surveillance of participants was reduced at 3 years after diagnosis, which may have led to under-identification of comorbidities. Lastly, researchers may also have underestimated the incident comorbidity burden in both healthy controls and patients with RA.

The study researchers concluded that there is an excess burden of comorbidity in patients newly diagnosed with RA. COPD was found to be a major predictor of early mortality in RA, suggesting that routine management in RA should include an early assessment of comorbidity. 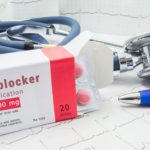 No Difference Between Placebo and Metoprolol in Preventing COPD Exacerbations