The use of cannabis in medicine has stirred substantial controversy in recent years, mostly stemming from uncertainties concerning the health risks and benefits of cannabis and its derivatives.

In January 2017, the National Academies of Sciences, Engineering, and Medicine (NASEM) released a report titled “The Health Effects of Cannabis and Cannabinoids: The Current State of Evidence and Recommendation for Research,” heralded by the organization as “one of the most comprehensive studies of recent research on the health effects of recreational and therapeutic cannabis use… offer[ing] a rigorous review of relevant scientific research published since 1999.” The report was released as an effort to summarize relevant research and identify gaps in knowledge and barriers to research in the field.1 A copy of the full report is available for download.

Conclusions were presented and discussed during a meeting held at the Academies on January 12, 2017, gathering members of NASEM’s Board on Population Health and Public Health Practice, which produced the report.

Members of the committee who worked on the report are expert in fields that include substance abuse, neurodevelopment, epidemiology, cardiovascular health, and oncology. In order to accurately determine the current state of evidence in cannabis research, a systematic review was initiated in which online medical research databases (including Medline, Embase, and the Cochrane Database of Systematic Reviews) were consulted. Among the initial 24,000 articles identified, 10,000 abstracts were considered. The committee favored recent reviews featuring high-quality research focused on at least 1 of the 11 health end points considered to be a priority by the committee, including therapeutic effects, cardiometabolic risk, mental health, respiratory disease, and substance abuse.

Evidence was weighed and categorized as conclusive, substantial, moderate, limited, or insufficient by the committee. In addition, biologic plausibility, harms and benefits of cannabis use, and identification of observational studies were all considered in the crafting of the nearly 100 conclusions outlined in the report regarding the therapeutic benefits and health concerns associated with cannabis use.

Below are some of the more noteworthy conclusions included in this report.

“Conclusive or substantial evidence” was found for therapeutic benefits of cannabis:

Evidence was found for the efficacy of cannabis in the treatment of sleep disturbances resulting from a number of etiologies (moderate evidence) and improving symptoms from Tourette syndrome and post-traumatic stress disorder (PTSD) (limited evidence).

Conversely, insufficient evidence was gathered to rule out the effectiveness of cannabis in improving symptoms associated with dementia, glaucoma, and chronic pain-associated depression.

Inadequate evidence was available for the committee to assess the therapeutic potential of cannabis in all other conditions evaluated, which included cancer, irritable bowel syndrome, amyotrophic lateral sclerosis, epilepsy, and chorea.

Statistical associations were found between:

Barriers and Challenges to Cannabis Research

Recommendations 2 to 4 call for action by state, national, and federal agencies that include the National Institutes of Health, the Centers for Disease Control and Prevention, and the US Department of Health and Human Services.

The report concludes “This is a pivotal time in the world of cannabis policy and research. Shifting public sentiment, conflicting and impeded scientific research, and legislative battles have fueled the debate about what, if any, harms or benefits can be attributed to the use of cannabis or its derivatives. This report provides a broad set of evidence-based research conclusions on the health effects of cannabis and cannabinoids and puts forth recommendations to help advance the research field and better inform public health decisions.” 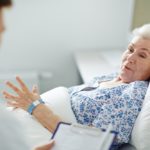