When RPL554, an inhaled dual phosphodiesterase (PDE) 3 and 4 inhibitor, was used in combination with standard bronchodilators, it resulted in additional bronchodilation and hyperinflation reduction in chronic obstructive pulmonary disease (COPD), according to the results of 2 clinical trials published in the European Respiratory Journal.

Researchers investigated the short-term bronchodilator effects of RPL554 in combination with salbutamol, ipratropium, salbutamol, and placebo. The first study was a 6-way, placebo-controlled, crossover clinical trial that compared single doses of RPL554 6 mg and salbutamol 200 µg, or ipratropium 40 µg with salbutamol or ipratropium alone. In a second trial, a 3-way crossover study, tiotropium 18 µg was combined with RPL554 1.5 mg or 6 mg and compared with tiotropium alone for 3 days. The researchers measured forced expiratory volume in 1 second (FEV1), lung volumes, and specific airway conductance.

RPL554 is a first-in-class treatment option for patients with COPD. Evidence has indicated that RPL554 increases bronchodilation in patients with asthma and COPD, which is most likely a result of the effects of PDE3 inhibition, and also has significant anti-inflammatory effects, probably as the result of PDE4 inhibition. However, evidence also suggests that combined PDE3/PDE4 inhibition has additive or synergistic anti-inflammatory and bronchodilator effects.

The first study (The Effects of RPL554 on Top of Standard COPD Reliever Medications; ClinicalTrials.gov Identifier: NCT02542254), which involved a single dose of 1 of 6 different regimens, showed that peak FEV1 change compared with placebo was similar with RPL554, ipratropium, and salbutamol, with means of 223, 199, and 187 mL, respectively. Peak FEV1 was increased for RPL554 plus ipratropium compared with ipratropium alone, with a mean difference of 94 mL (P <.0001) and for RPL554 plus salbutamol compared with salbutamol alone (mean difference, 108 mL; P <.0001).

The second study (The Effects of RPL554 in Addition to Tiotropium in COPD Patients; ClinicalTrials.gov Identifier: NCT03028142) demonstrated that both doses of RPL554 caused higher peak FEV1 effects than placebo. For the 6-mg dose of RPL554, the average FEV1 increase vs tiotropium plus placebo was a mean difference of 65 mL (P =.0009). Lung volumes and specific airway conductance demonstrated greater treatment effects with the RPL554 combination therapy than with monotherapy.

The safety analysis showed that RPL554 was well tolerated, either alone or in combination with salbutamol, ipratropium, or tiotropium, with similar adverse events as placebo.

Limitations included the short duration of the 2 studies; evidence of reversibility at screening in some patients; that the effects of RPL554, in addition to combination therapies often used in clinical practice (such as long-acting muscarinic antagonists/long-acting beta-agonists [LAMA/LABA] or LAMA/LABA+inhaled corticosteroid), have yet to be studied; and that further studies of the anti-inflammatory effects of RPL554 should be conducted in patients with COPD.

The authors called for studies of longer-term therapy, in broader populations of patients with COPD, as well as studies that include symptoms and exacerbations as end points.

Disclosures: This study was funded by Verona Pharma, PLC. 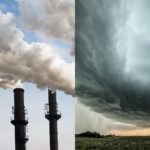