Women have a higher risk for severe chronic obstructive pulmonary disease (COPD) exacerbations than men among newly diagnosed patients, according to a study published in CHEST.

Adults with COPD were identified according to this algorithm: the presence of ≥1 specific diagnosis code for COPD, ≥2 prescriptions for a medication indicated for COPD, and ≥1 spirometry exam within 18 months from the first COPD diagnosis. They were then followed from the date of COPD diagnosis until the earliest occurrence of the following: first COPD exacerbation, death, patient transfer out, Clinical Practice Research Datalink practice last collection, latest available date from Hospital Episode Statistics, or February 28, 2016.

The researchers analyzed 4 subgroups. The first subgroup included adults aged <65 years and patients aged ≥65 years. The second included those in the Global Initiative for Chronic Obstructive Lung Disease (GOLD) A/B/C/D groups (according to GOLD 2016) which were defined using a combination of airflow limitation (measured by forced expiratory volume in the first second percent predicted), dyspnea (measured using Modified Medical Research Council scale), and exacerbation history (measured by previous exacerbations episodes. The remaining 2 subgroups included those with GOLD severity of airflow limitation I-IV and those with and without coexisting asthma, respectively.

A cohort of 22,429 adults was included in the study; 48% of whom were women. The risk for first moderate or severe exacerbation was 17% greater in women than in men (hazard ratio 1.17; 95% CI, 1.12-1.23) with a median time-to-first exacerbation of 504 days for women and 637 days for men. These differences were more prominent in the younger age group (≥40 to <65 years), GOLD 2016 groups B, C, and D, and in individuals with moderate-to-severe airflow obstruction. The annual rate of moderate or severe exacerbations was higher in women compared with men in the first, second, and third year of follow-up.

Limitations of this study included the data source being from primary care, which prevented the researchers from collecting information on medication prescribed by specialists.

The researchers concluded that the study highlights the unmet need for identification and management of women in clinical practice.

Disclosures: The study was funded by Novartis Pharma AG, Basel, Switzerland. Several authors are employees of Novartis. Please see the reference for a complete list of disclosures. 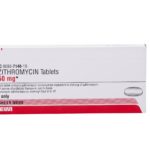