Bag-mask ventilation (BMV) failed to demonstrate noninferiority or inferiority for survival compared with endotracheal intubation (ETI) in patients with out-of-hospital cardiorespiratory arrest (OHCA), according to the results of a study published in JAMA.

The primary outcome was favorable neurological outcome examined, defined as cerebral performance category 1 or 2 at 28 days postcirculatory arrest. The investigators chose a noninferiority margin of 1%. Secondary outcomes included rate of survival to hospital admission, rate of survival at day 28, rate of return of spontaneous circulation, and ETI/BMV difficulty or failure.

The authors concluded that a determination of equivalence of superiority between these techniques requires further research. Among the limitations of this study was the failure to include comparison of inpatient management after cardiac arrest, which may have varied considerably. 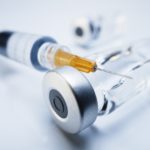 Effect of Haloperidol in Critically Ill Patients at Risk for Delirium