A recent report published in The Journal of Emergency Medicine describes the case of a male patient who experienced hydrochlorothiazide (HCTZ)-induced pulmonary edema that was complicated by acute respiratory distress syndrome (ARDS) and discusses the approach that was taken for his treatment.

The patient, who was in his 50s, had a past medical history significant for hypertension, which was managed with HCTZ. The study authors reported that the patient began to feel unwell and experienced difficulty breathing 30 minutes after administration of HCTZ. After developing ARDS and progressive hypoxemia in the emergency department of a referring hospital, he was transferred to the study authors’ institution for evaluation of refractory hypoxemia. During his transfer of care, the patient’s pulses could not be palpated, therefore chest compressions and intravenous epinephrine were initiated. Chest compressions were discontinued once his pulses were palpated again.

After performing a physical examination and various laboratory tests, vasopressors were initiated. “Although the patient was persistently hypotensive and requiring high-dose vasopressors, we thought that this was most likely due to profound hypoxemia and acidemia causing global myocardial depression and vasoplegia rather than a primary cardiogenic shock,” the study authors explained.

The patient was therefore cannulated for venovenous extracorporeal membrane oxygenation (vv-ECMO) in the emergency department. “Packed red blood cells were infused empirically when the patient was placed on the ECMO circuit and within 15 min of ECMO cannulation, persistent pulse oximetry readings above 88% were achieved,” the study authors reported.

The patient’s ARDS resolved after several days of ECMO, at which point, he was decannulated and extubated. The allergy and medical teams later obtained an extensive patient history, which revealed that the patient had likely experienced 2 previous episodes of HCTZ-induced pulmonary edema.

“One of the most commonly prescribed antihypertensives, HCTZ is associated with rare cases of pulmonary edema, which typically develop within minutes to hours of the initial dose of the medication,” the study authors stated. They added, “Although most cases resolve with supportive care, severe cases may require intubation and even vv-ECMO.” 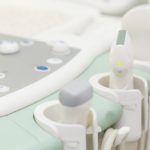