A recent report published in the American Journal of Case Reports describes a rare case of drug reaction with eosinophilia and systemic symptoms (DRESS)-induced agranulocytosis in a patient treated with the beta-lactam antibiotic oxacillin.

The patient, a 52-year-old male, was admitted to the hospital due to lower extremity pain related to an epidural abscess. Staphylococcus aureus was identified in cultures and he was treated with oxacillin and rifampin, however, on the 22nd day of treatment, he developed fever with rigors and tachycardia. Laboratory workup revealed leukopenia (1.8×103/μL), after which he was taken off oxacillin and started on vancomycin and cefepime.

After the switch, he continued to have fevers but infectious and autoimmune causes were ruled out following multiple tests. “On day 23 of antibiotics, the patient developed a pruritic, erythematous, blanching, papular rash on his chest, trunk, neck, and left upper extremity, which evolved into confluent red patches,” the authors reported. Further evaluation of the patient’s symptoms led authors to a diagnosis of DRESS (using RegiSCAR scoring system) which was managed with loratadine 10mg daily and triamcinolone 0.1% cream twice daily. Four days after transitioning to vancomycin and cefepime, the patient’s leukopenia resolved, indicating that DRESS was likely induced by oxacillin; daptomycin was ultimately used to treat the patient’s epidural abscess.

The authors noted that in this case, the patient had no solid organ involvement, however for most patients with DRESS, single internal organ involvement is common and oftentime leads to hepatitis. “Our patient received a RegiSCAR score of 6, based on fever, atypical lymphocytes, eosinophilia, skin rash extending over 50% of body with edema, purpura and scaling, organ involvement as evidenced by bone marrow suppression, resolution delay greater than 15 days, and at least 3 biological investigations done and negative to exclude alternative diagnosis, however, data such as time until resolution were retrospective in nature,” they explained.

Although a previous case of oxacillin-induced DRESS has been reported in the literature, the authors write that this is the first in which it was associated with agranulocytosis. They concluded that given the rarity of DRESS “clinicians must maintain a high level of suspicion for this clinical syndrome.” 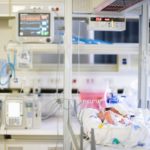