In preterm infants with bronchopulmonary dysplasia (BPD), the use of intravitreal bevacizumab (IVB) may prolong their ventilatory support requirement, according to study findings published in the journal Chest.

Intravitreal bevacizumab is a widely used to treat retinopathy of prematurity (ROP).The researchers sought to explore whether IVB would impact respiratory outcomes among preterm infants with BPD.

The investigators concluded that future long-term follow-up for respiratory outcomes with appropriate clinical scores is warranted in this population. As with all medical therapies, “the clinician should consider the risk-benefit ratio before using IVB in neonates, especially those with BPD and refractory ROP considering multiple IVB treatments.” 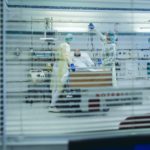