A cluster-randomized clinical trial of low tidal volume ventilation vs usual care in patients with acute respiratory failure found the treatment to be unfeasible, according to a prospective assessment published in the Annals of the American Thoracic Society.

Researchers collected clinical data, initial and daily ventilator settings, and inpatient mortality data from patients with acute respiratory failure who had just begun to receive mechanical ventilation, were admitted to intensive care units, and who were expected to participate in the proposed trial of the efficacy of low tidal volume ventilation. The benefit of low tidal volume ventilation was estimated using predictive models, and both power and feasibility were simulated to determine the feasibility of the proposed study.

Participants were recruited from 49 hospitals. In the 2848 patients who had recently undergone mechanical ventilation, the predominant reason for intubation was hypoxemic respiratory failure (33.1%), followed by altered mental status (28.3%). Inpatient mortality was 27.8%, and acute respiratory distress syndrome (ARDS) criteria were met in 31.4% (n=895) of patients. Patients with ARDS had higher observed in-hospital mortality (35.6%) compared with patients without ARDS (24.3%; P <.0001). The researchers noted that most simulation models demonstrated a negligible to small estimated mortality benefit from reducing tidal volume.

“[U]sing the most generous estimate for an effect size in the proposed LOTUS trial, this simulation study suggested that an unfeasibly large trial would be required,” the authors wrote. “This or a similar method may help avoid the launch of infeasible trials in the future that would have a low likelihood of being able to test the primary hypothesis.” 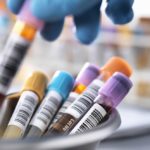