A routine chest radiograph following ultrasound-guided central venous catheter (CVC) insertion is costly and unnecessary according to the results of a study published in CHEST.

CVC insertion carries with it some risk and can result in pneumothorax and catheter misplacement. As a result, a routine postoperative chest radiograph is recommended to rule out these complications. However, the use of ultrasound-guided CVC insertion has substantially reduced the risks associated with CVC placement.

Jason Chui, MBChB, FANZCA, from the Department of Anesthesia and Perioperative Medicine at the University of Western Ontario, London, Canada, and colleagues performed a population-based, retrospective cohort study, reviewing the records of all adult patients who had a CVC inserted in the operating room in a tertiary institution between July 1, 2008, and December 21, 2015.

The investigators determined the incidence of pneumothorax and catheter misplacement after ultrasound-guided CVC insertion. They performed a logistic regression analysis to evaluate the potential risk factors associated with these complications, and a cost analysis to determine the economic impact of routine post-procedural chest radiography.

The study included 6875 patients who had a CVC insertion. The incidence of pneumothorax and catheter misplacement was 0.33% (95% CI, 0.22%-0.5%) and 1.91% (95% CI, 1.61-2.26), respectively. The site of catheterization had an effect on the incidence of complications, with left subclavian vein catheterization having a higher risk for pneumothorax (odds ratio, 6.69; 95% CI, 2.45-18.28; P <.001), whereas catheterization sites other than the right internal jugular vein were at higher risk for catheter misplacement. Total expenditures on routine postprocedural chest radiography at the investigators’ institution were between $105,000 and $183,000 per year.

The investigators argued that pneumothorax and catheter misplacement are rare, and routine postprocedural chest radiography is unnecessary following routine CVC insertion. However, in cases in which insertion has been difficult or required multiple attempts, ultrasound or chest radiography would be advisable. 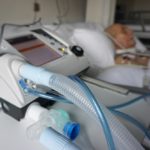 Ventilator-Free Days in ICU With On-Demand vs Routine Nebulization