From 2003 to 2014, sepsis-associated mortality rates significantly declined in patients with cancer, yet these rates have remained relatively unchanged in patients without cancer, according to study results published in the Annals of the American Thoracic Society.

Researchers included mortality data of women with sepsis during hospitalization at the tertiary academic Brigham and Women’s Hospital between 2003 and 2014 in this retrospective cohort study. Data were obtained from the Research Patient Data Registry, and the US Centers for Disease Control and Prevention Adult Sepsis Event criteria were used to identify hospitalizations with clinical indicators of sepsis. A total of 20,975 patients with sepsis were identified.

In addition, the researchers identified patients with cancer in this cohort, using either hospitalization diagnostic codes or diagnostic codes from the preceding 90 days. Approximately 35.7% (n=7489) of patients with sepsis in the cohort also had cancer. The retrospective study examined crude sepsis-associated in-hospital mortality rates in 3-year intervals. An additional adjusted, multivariable logistic regression analysis tested for subgroup interactions in mortality trends.

Limitations of the study included its retrospective nature, the use of a single-center cohort, and the lack of information on cancer stages.

The researchers wrote that these “findings also suggest that improvements in sepsis outcomes may be explained in part by improvements in the management of comorbid conditions, and/or better sepsis treatment specifically in patients with cancer.” 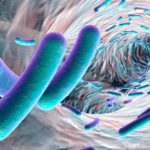