Prior-season influenza vaccination does not appear to reduce the effectiveness of the vaccine in children in subsequent seasons, according to a study published in JAMA Network Open.

Among the children included in the analysis (N=3369), 1674 were vaccinated in the enrollment season; 772 children had tested positive for influenza. For those who received live attenuated influenza vaccine (LAIV), vaccine effectiveness against influenza A(H3N2) was found to be higher among children who received the vaccine in both enrollment and 1 prior season (50.3%; 95% CI, 17.0% to 70.2%) vs those who did not receive the vaccine in a prior season (−82.4%; 95% CI, −267.5% to 9.5%; interaction P <.001). However, there was no association observed between prior-season vaccination and LAIV effectiveness against influenza A(H1N1)pdm09 or inactivated influenza vaccine (IIV) against either influenza strain. Among children not vaccinated during the enrollment season, residual protection with prior-season vaccination against influenza B was noted (LAIV: 60.0%; 95% CI, 36.8% to 74.7%; IIV: 60.0%; 36.9% to 74.6%).

Based on the findings, the authors concluded that “prior-season vaccination history was not associated with reduced vaccine effectiveness in children, supporting current recommendations for annual influenza vaccination of children.” 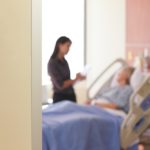