An influenza vaccine derived from a mammalian Madin-Darby canine kidney (MDCK) cell line was effective in preventing influenza virus infection in children and adolescents, regardless of prior vaccination, according to an international, double-blind, randomized controlled trial published in The New England Journal of Medicine.

Between 2017 and 2019, investigators enrolled a total of 4514 healthy children and adolescents aged 2 to 17 years from 8 countries over a period of 3 influenza seasons. Participants were randomly assigned in a 1:1 fashion to receive either a mammalian cell-culture-derived quadrivalent inactivated influenza vaccine (IIV4c) or a noninfluenza vaccine (meningococcal ACWY). Participants were followed for 6 months after administration of the last vaccine or until the end of the influenza season, whichever was longer, to assess efficacy and safety. The investigators confirmed infection with influenza virus using reverse transcription polymerase chain reacting testing and viral culture of participants’ nasopharyngeal swab specimens. They aimed to evaluate the efficacy of IIV4c by using a Cox proportional hazard model to measure the first occurrence of laboratory-confirmed type A or B influenza virus infection.

Among participants included in the study, the mean age was 8.8 (SD, 4.1) years, 48.5% were women, and 65.9% were previously vaccinated against influenza virus infection. Of note, 5 participants were lost to follow-up due to early study termination.

The study was limited by its lack of an influenza vaccine as a comparator.

“Influenza vaccine manufacturing platforms that do not rely on eggs offer certain advantages, including avoidance of egg-adaptive hemagglutinin mutations and a shorter response time when a new influenza emerges,” the investigators concluded.

Disclosure: Some author(s) declared affiliations with the pharmaceutical industry. Please see the original reference for a full list of disclosures. 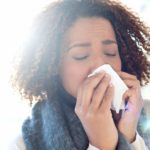