HealthDay News — Certain respiratory infections, especially influenza, are associated with an increased risk of acute myocardial infarction (MI) during the first 7 days after respiratory specimen collection, according to a study published in the New England Journal of Medicine.

Jeffrey C. Kwong, MD, from the Institute for Clinical Evaluative Sciences in Toronto, and colleagues used a self-controlled case-series design to examine the correlation between laboratory-confirmed influenza infection and hospitalization for acute MI. High-specificity laboratory methods were used to confirm influenza infection in respiratory specimens, and hospitalization for acute MI was ascertained from administrative data.

The researchers identified 364 hospitalizations for acute MI that occurred within 1 year before and 1 year after a positive influenza test. Of these hospitalizations, 20 occurred during the risk interval (first 7 days after respiratory specimen collection) and 344 occurred during the control interval (1 year before and 1 year after the risk interval). The incidence ratio was 6.05 for admission for acute MI during the risk interval vs the control interval. After day 7 there was no increased incidence. The incidence ratios were 10.11, 5.17, 3.51, and 2.77 for acute MI within 7 days of detection of influenza B, influenza A, respiratory syncytial virus, and other viruses, respectively. 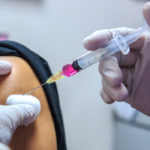