A high-risk variant of IFITM3, a protein with antiviral properties, may act as a genetic marker for identifying individuals at increased risk for severe influenza infections, according to a study published in Nature Medicine.

IFITM3 is thought to influence influenza A virus infection severity based on observations in animal and human studies. In mouse models, IFITM3 plays a role in the survival of resident CD8+ T cells in the lungs after an influenza challenge, and IFITM3 deficiency is linked to an increased risk of influenza infection. IFITM3 has also been demonstrated to restrict viral replication and block viruses from entering the host cell cytoplasm.

The presence of at least one C allele at rs12252 in the IFITM3 gene may be associated with severe influenza infection, but whether a correlation truly exists is controversial. This association has been confirmed in Han Chinese cohorts, but not in individuals of European descent. In addition, the mechanism by which the C polymorphism influences the severity of influenza is unclear.

Researchers, led by E. Kaitlynn Allen, PhD, from St. Jude Children’s Research Hospital in Memphis, Tennessee, and Adrienne Randolph, MD, from Boston Children’s Hospital in Massachusetts, sought to identify variants of IFITM3 that may be linked to the risk for severe influenza infection.

A total of 393 participants were included from 3 different cohorts, with age ranging from <1 to 70. Participants either had confirmed influenza infection or were inoculated with influenza A virus, and nasal washings and blood samples were obtained for analysis.

A single nucleotide polymorphism — A allele — at rs34481144 in IFITM3 was found to confer a 2-fold or greater risk of mortality or severe outcomes from influenza infection in all 3 cohorts.

In the FLU09 cohort (n=86), two-thirds of the participants with severe influenza had at least 1 copy of the risk allele, compared with only 31.4% of individuals with mild influenza.

The PICFlu cohort (n=265) consisted of children with influenza infection requiring treatment in intensive care units. Approximately 82% of the 17 patients who died carried one or more copies of the risk allele. All patients of European descent with fatal infections carried at least 1 risk allele.

The rs34481144 risk allele was linked with significantly decreased IFITM3 expression (P =.008), which may be due to reduced IFITM3 promoter activity via increased binding of inhibitory transcription factors to the promoter region.

According to Dr Randolph, the rs34481144 risk allele may serve as a genetic marker for identifying individuals at increased risk for severe influenza infection. “There is increasing evidence that otherwise healthy people who become severely ill from an influenza infection may carry gene variants that make them susceptible to more severe disease by impeding the ability of their immune system to fight the influenza virus,” she said.

Dr Randolph indicated that there is still much that remains unknown about the genetics of influenza infection, such as “whether different variants in IFITM3 lead to increased susceptibility to the flu in different populations.” The rs12252 and rs34481144 variants, which are common in Asians and Europeans, respectively, are linked in such a way that they never appear together. “More work needs to be done worldwide in different populations of people to better understand the role of genetics in influenza susceptibility,” she said. 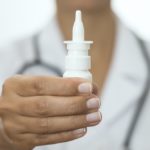