Bacillus Calmette Guérin (BCG) vaccination in childhood was associated with a reduced risk of lung cancer development in American Indian and Alaska Native (AI/AN) populations, according to findings from a 60-year follow-up of a clinical trial.

The review analyzed a multicenter, randomized by alternation, placebo-controlled, single-blind clinical trial that was conducted from December 1935 to 1998 (N=2963). Study patients included AI/AN schoolchildren younger than 20 years with no evidence of previous tuberculosis (TB) infection from 9 tribes at 5 sites in the US.

Patients received a single intradermal injection of either BCG vaccine (N=1540) or saline placebo (N=1423). The median age of vaccination and follow-up occurred at the age of 8 (5-11) years and 60 (45-65) years, respectively.  The primary outcome was to assess the risk of malignant neoplasm among the BCG and placebo treatment arms.

Results demonstrated a significantly lower incidence of lung cancer in the BCG group (18 cases per 100,000 person-years) compared with placebo (45 cases per 100,000 person-years) (HR, 0.39; 95% CI, 0.20-0.76; P=.005). Receipt of BCG was associated with reduced lung cancer rates in all 5 states and among all 9 tribal groups. Findings from the study also showed that other potential risk factors (eg, BCG strain, smoking history, alcohol overuse, TB, isoniazid use) had no impact on the significance of the reduction in lung cancer.

Based on their findings, the authors concluded that BCG vaccine at an early age may significantly impact lung cancer incidence in an AI/AN population. “This finding has potentially important health implications given the high mortality rate associated with lung cancer and the availability of low-cost BCG vaccines,” they added. 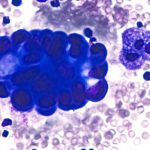