HealthDay News — In both men and women in the United States, the cancer death rate declined by about 1.5% annually from 2006 to 2015, according to a study published in CA: A Cancer Journal for Clinicians.

Rebecca L. Siegel, MPH, from the American Cancer Society in Atlanta, and colleagues estimated the number of new cancer cases and deaths that will occur in the United States in 2018. Incidence and mortality data were obtained through 2014 and 2015, respectively. 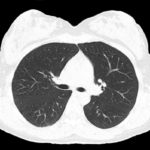