About half of all patients with lung cancer would not have been detected using conventional screening criteria from 2 major lung cancer screening trials, investigators reported in Seminars in Thoracic and Cardiovascular Surgery.

Although current criteria for lung cancer screening are based on smoking status and age, research has shown that other factors — including environmental exposure to radon and other chemicals, female sex, and family history — are associated with lung cancer development. In the retrospective SCREEN study, investigators assessed whether expanded lung cancer screening criteria were needed by examining how well current criteria would have predicted the development and outcomes of lung cancer in real-world patients. Notably, the 917 patients with lung cancer involved in the study included individuals who smoked heavily as well as those who smoked infrequently or never. All study participants had been diagnosed with lung cancer January 2005 and December 2018 at a center in Halifax, Nova Scotia, Canada.

The study’s primary outcome was the percentage of lung cancer patients who would have been defined as “heavy smokers” based on age and smoking screening criteria from either the US National Lung Screening Trial (NLST; ClinicalTrials.gov Identifier: NCT00047385) or the NELSON trial, a Dutch-Belgian lung cancer screening trial. The SCREEN study also used the NLST and NELSON trial criteria to investigate whether there were overall survival differences between individuals who smoked heavily (termed “heavy smokers” by the SCREEN study) vs those who smoked infrequently or never (termed “light-or-never smokers” by the SCREEN study).

No difference in survival was found in the heavy smokers cohort vs the light-or-never smokers cohort according to NLST criteria. In the NELSON analysis, a higher proportion of patients with stage 1 lung cancer was observed among those who met the NELSON screening criteria (n=216; 58.7%) vs those who did not (n=244; 51.8%; P =.047).

Among several limitations, the study was conducted at a single center, and individuals who were considered heavy smokers but were not within the age criteria included in the NLST and NELSON trials were not included. In addition, detailed information about associated risk factors for lung cancer, including ethnicity, exposure to cooking oils, and comorbidities such as COPD, were lacking, and the median follow-up was short.

“Among patients with lung cancer in our cohort, heavy smokers would have obtained no additional mortality benefit compared to light-or-never smokers when defined using NLST or NELSON screening criteria,” the study authors concluded. “Our findings suggest that smoking status and age alone may be insufficient predictors of lung cancer risk and prognosis.” 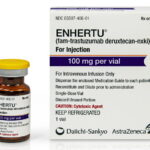