The update was based on data from the phase 3, double blind, multicenter PACIFIC trial that evaluated the efficacy of durvalumab  in 713 adult patients with Stage III unresectable NSCLC who completed at least 2 cycles of concurrent platinum-based chemotherapy with radiation and had a World Health Organization (WHO) performance status of 0 or 1. Patients were randomized 2:1 to receive durvalumab 10mg/kg (n=475) or placebo intravenously (IV) every 2 weeks for up to 12 months.

Olivier Nataf, Head of US Oncology, said, “This label update coupled with the recent 3-year overall survival data continue to reinforce the PACIFIC regimen as the standard of care in this curative-intent setting. For patients and providers, this announcement provides further evidence and confidence in the survival benefit of Imfinzi.”

Imfinzi, a programmed death-ligand (PD-L1) blocking antibody, is indicated for the treatment of unresectable, Stage III non-small cell lung cancer (NSCLC) in patients whose disease has not progressed after concurrent platinum-based chemotherapy and radiation. In addition, the treatment is approved for locally advanced or metastatic urothelial carcinoma in patients who have disease progression during or after platinum-containing chemotherapy or within 12 months of neoadjuvant or adjuvant platinum-containing chemotherapy.

The FDA also granted Orphan Drug designation to Imfinzi for the treatment of small cell lung cancer (SCLC) in July 2019. 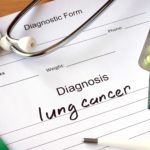