Study findings have demonstrated a 5-year survival rate of 73% in patients with pathologic stage IA tumors compared with 36% and 9% in patients with stage IIB and IIIB tumors, respectively.1 However, an estimated “70% of lung cancer is diagnosed at more advanced stages, when the chance of cure is low,” said Dr Cooke.3

Since 2013, the Affordable Care Act has enabled greater access to lung cancer screening with low-dose computed tomography (LDCT) via required coverage by Medicare and private payors. The US Preventive Services Task Force (USPSTF) recommends annual screening for high-risk adults (aged 55-80 years with a 30 pack-year smoking history who currently smoke or have quit within the past 15 years), based on results of the National Lung Screening Trial (NLST) showing a 20% relative reduction in mortality with LDCT vs chest x-ray in patients with early-stage lung cancer.4

Despite recommendations, this resource remains underutilized, according to a  study that analyzed 2016 data from all 1962 accredited radiographic screening sites.5 Only 2.0% of 7.6 million eligible smokers were screened that year, with rates ranging from 1.1% in the West to 3.9% in the Northeast. Although 40.4% of eligible smokers and 37.0% of accredited screening sites were located in the South, the screening rate in the region was among the lowest at only 1.7%. One key reason for these low screening rates is likely the dearth of screening centers, particularly in rural areas, despite higher rates of lung cancer death and smoking compared with metropolitan areas. A study published in  the Annals of Thoracic Surgery found that there were 37 accredited LDCT facilities in Virginia, but only 2 were located in rural counties.6 “More screening centers are needed to care for the high number of rural smokers at risk for lung cancer,” the investigators concluded.

Substantial screening disparities have also been consistently noted among black Americans, the group with the highest rate of lung cancer mortality because of late diagnosis. In a 2018 study, researchers surveyed 200 randomly selected patients who were likely to meet USPSTF screening criteria.7 Only 21% of these individuals had been screened, and eligible non-black patients were nearly 3 times more likely to have been screened than eligible black patients (30% vs 12%).

“Targeted intervention strategies are needed to increase referral for and uptake of [lung cancer screening] in patients who are at high risk for developing lung cancer, and for black patients in particular,” stated the study authors.7 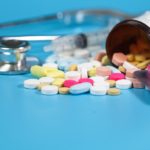