HealthDay News — A considerable proportion of patients with small cell lung cancer (SCLC) do not receive chemotherapy or radiation therapy, according to a study published online in JAMA Oncology.

Todd A. Pezzi, MD, from the University of Texas MD Anderson Cancer Center in Houston, and colleagues examined utilization rates and factors associated with chemotherapy and radiation therapy delivery for limited-stage SCLC. Data were analyzed from 70,247 cases from 2004 to 2013 in the National Cancer Database.

“Substantial proportions of patients documented in a major US cancer registry did not receive radiation therapy or chemotherapy as part of initial treatment for limited-stage SCLC, which, in turn, was associated with poor survival,” the authors wrote. 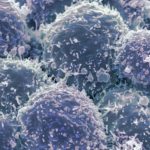 Lack of Communication Regarding Malignancy Risk in Indeterminate Pulmonary Nodules