Both the 2013 and the most recent 2021 USPSTF eligibility criteria rely on an age-pack-years-quit-years category approach to identify people at high risk for lung cancer. In contrast, the validated PLCOm2012 risk prediction model does not feature an age-pack-years-quit-years restriction; instead, it includes a total of 11 risk predictors: age, race/ethnicity, family history of lung cancer, personal history of other cancers, diagnosis of chronic obstructive pulmonary disease (COPD) or emphysema, body mass index (BMI), highest education level attained, current or former smoking status, smoking intensity (average number of cigarettes per day), duration of smoking (years), and years since cessation.

In the recent study, a team of researchers from the US and Canada retrospectively assessed the sensitivity of USPSTF vs PLCOm2012 eligibility criteria in 883 patients with lung cancer from the Chicago Race Eligibility for Screening Cohort (CREST). The investigators stratified their analyses by gender. The study relied on the PLCOm2012 model at-risk thresholds of ≥1.7%/6 years and >1.0%/6 years for comparisons between the USPSTF 2013 and USPSTF 2021 eligibility criteria, respectively.

According to the researchers, limitations of this study included its retrospective nature, single-center design, and the lack of education status for a “sizeable proportion” of the population studied.

The investigators concluded that women at risk for lung cancer should be offered “commensurate access to screening as men,” and that “USPSTF and similar (Centers for Medicare and Medicaid Services) guidelines” must “reflect this equity in screening” because insurance coverage decisions in the US are based on these guideline recommendations.

Likewise, the investigators added that the addition “of the PLCOm2012 risk model to USPSTF eligibility criteria” may further “reduce gender disparities in lung cancer screening and could improve lung cancer outcomes” across the board. 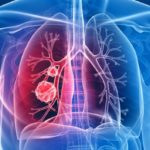