HealthDay News — More than one in five infants with a bronchiolitis hospital admission will have a subsequent respiratory-related hospital admission by age 5 years, according to a study published online March 6 in the Archives of Disease in Childhood.

Helen Skirrow, from the Imperial College School of Public Health in London, and colleagues estimated the risk for subsequent respiratory hospital admissions in children <5 years in England after bronchiolitis admission in infancy. A birth cohort of 613,377 infants born between April 1, 2007, and March 31, 2008, was followed until age 5 years through Hospital Episode Statistics admissions data.

The researchers found that 2.7 percent of infants had at least one admission for bronchiolitis. Of these 16,288 infants, 21.7 percent had a further respiratory hospital admission before age 5 years versus 8 percent of children without a previous bronchiolitis admission (adjusted hazard ratio [aHR], 2.82). The association was significant for lower and upper respiratory tract infection-related admissions but was greatest for asthma (aHR, 4.35) and wheezing admissions (aHR, 5.02).

“Our finding that an infant bronchiolitis admission is associated with a threefold to fivefold increased risk of subsequent childhood respiratory admission is important for health professionals to communicate to parents,” the authors write. “Clinicians should emphasize the importance of reducing other respiratory health risk factors such as passive smoke exposure among this at-risk group.”

One author disclosed financial ties to the medical device industry. 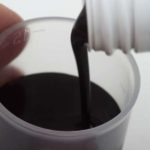