The trend seems to be growing. According to the latest data, the number of vaccine recipients who missed their second dose now stands at nearly 8 percent, more than double the rate seen among people who got inoculated during the first several weeks of the national vaccine campaign, The New York Times reported. Already, millions of people are wary about getting vaccinated at all, and now local health authorities are struggling to make sure that those who get their first shot also get their second.

Why the missed second shots? Some said they feared the side effects, which can include flu-like symptoms, while others said they felt they were sufficiently protected with a single shot. But a surprising hurdle has also surfaced: A number of vaccine providers have canceled second-dose appointments because they ran out of supply or did not have the right brand in stock, The Times reported. Walgreens, one of the biggest vaccine providers in the United States, sent some people who got a first shot of the Pfizer or Moderna vaccine to get their second doses at pharmacies that only had the other vaccine on hand, the newspaper said. Several Walgreens customers said they scrambled to get the correct second dose, but others likely gave up, the newspaper added. 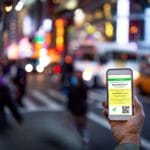