Study data published in Pediatrics showed that undervaccinated, and especially unvaccinated, children were at greater risk for pertussis. However, most cases of pertussis occurred among children vaccinated in an age-appropriately method who were further from their last diphtheria-tetanus-acellular pertussis (DTaP) dose, which suggests vaccine efficacy may play a role in recent epidemics.

The study had some limitations, including that the effects of age and time since most recent DTaP vaccine on the risk for pertussis were too tightly correlated to disentangle. It is also possible that some cases of pertussis were missed and that polymerase chain reaction testing may have misclassified pertussis status in some individuals.

Although risk was higher in unvaccinated and undervaccinated children compared with children who were vaccinated, they represented a small fraction of all pertussis cases. In this population, more than 80% of cases occurred in age-appropriately vaccinated children, and those further away from their last DTaP dose were at higher risk even after controlling for undervaccination. According to the study investigators, “[o]ur results suggest that in this population, possibly in conjunction with other factors not addressed in this study, suboptimal [vaccine effectiveness] and waning played a major role in recent pertussis epidemics.” 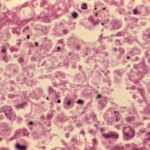