A comparative assessment of the performance of 4 widely available antibody immunoassays and 1 novel immunoassay showed that these assays can be used for severe acute respiratory syndrome coronavirus 2 (SARS-CoV-2) serologic testing to achieve sensitivity and specificity of at least 98%, according to study results published in The Lancet Infectious Diseases.1

Study authors conducted a head-to-head assessment of the following 4 commercial antibody assays, with the aim of evaluating the performance of each assay:

Sensitivity and specificity were derived from 976 pre-pandemic blood samples from research studies in Oxford, United Kingdom and 536 blood samples from patients with laboratory-confirmed SARS-CoV-2 infection. Assay performance was also assessed according to the sampling timepoint (defined as days after symptom onset and post reverse transcription polymerase chain reaction test) at intervals of 14 days or more (according to original protocol), 20 days or more (according to the UK Medicines and Healthcare products Regulatory Agency), and 30 or more days.

“These assays are impractical to deploy at scale,” Catherine F. Houlihan, from University College London Hospitals, and Rupert Beale, from the Francis Crick Institute in London, UK, noted in an editorial commentary.2 They also noted that different assays would probably be used to answer specific questions. For instance, most vaccine candidates elicit responses to spike protein rather than nucleocapsid protein.

“Measuring antibodies to spike will therefore indicate whether there has been a good response, whereas measuring antibodies to nucleocapsid would help identify whether the individual had nonetheless become infected,” they added. “Further work is required to investigate what titer of neutralizing antibodies correlates with protection, how long neutralization activity persists, and which assay best predicts that,” and that the “possibility of a one-size-fits-all immunological assay looks less and less likely,” Houlihan and Beale concluded.

While researchers did not observe any significant differences in assay sensitivity by disease severity, this subgroup analysis was constrained by small numbers. Other limitations included incomplete data on sex, age, and immunocompromised status. 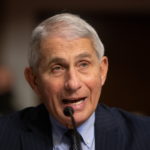 NIH: Study Will Identify Most Promising Therapies for COVID-19