Researchers are optimistic after concluding that the likelihood of transferring SARS-CoV-2 from mother to infant through breast milk is low, according to a research letter published in JAMA.

Women who participated in this study (n=18) self-collected breast milk samples and mailed them to the study center between March 27 and May 6, 2020; only women who had positive results for COVID-19 from RT-PCR testing were included in the study. The mean participant age was 34.4 years, 77% of participants were White and non-Hispanic, and their offspring ranged in age from newborn to 19 months.

Each participant provided 1 to 12 samples of breast milk, with a total of 64 samples collected at varying time points both before and after the women received their positive RT-PCR test result. All but 1 of the participants had symptomatic disease, and only 1 sample was identified that contained detectable SARS-CoV-2 RNA; although no samples, including the sample with viral RNA, contained replication-competent virus.

The single breast milk sample that contained SARS-CoV-2 RNA was collected on the day the participant began to experience symptoms. A different sample taken 2 days prior to symptom onset and 2 samples taken 12 and 41 days later, respectively, tested negative for viral RNA. The breastfed infant was not tested.

In addition, the researchers infused 2 breast milk samples (provided prior to the pandemic) from 2 different control donors with replication-competent SARS-CoV-2 RNA. These samples underwent Holder pasteurization; following the process, neither viral RNA nor culturable virus were detected in either sample by RT-PCR testing.

The authors noted that at the time of publication, there were no documented cases of infants contracting the virus through breast milk, and the virus is yet to be isolated from breast milk, though the safety of breastfeeding is an essential question for women with COVID-19.

Despite a non-random, relatively small sample population, “SARS-CoV-2 RNA does not represent replication-competent virus and that breast milk may not be a source of infection for the infant,” stated the authors.

Disclosures: Dr Chambers reported receiving nonfinancial support from the Medela Corporation and the Mothers’ Milk Bank at Austin. A full list of financial disclosures may be found in the published article. 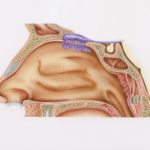