HealthDay News — The U.S. Food and Drug Administration emergency approval of blood plasma as a COVID-19 treatment was put on hold last week after senior federal health officials said data supporting the therapy were too weak.

More data are under review, and the approval could still be issued in the near future, according to H. Clifford Lane, M.D., the clinical director at the National Institute of Allergy and Infectious Diseases, The New York Times reported. Plasma donated by people who have survived COVID-19 has high levels of antibodies against the disease and is considered safe, but clinical trials have not proven that it can help COVID-19 patients.

The proposed emergency approval was based on the history of plasma’s use in treating other diseases, animal research, and a number of plasma studies, including federal government-financed Mayo Clinic research that has tested plasma in more than 66,000 COVID-19 patients and is the largest such study in the United States, The Times reported. However, a number of leading health officials — including Lane, National Institutes of Health Director Francis Collins, M.D., and Anthony Fauci, M.D., the government’s top infectious disease expert — cautioned last week that available data from the Mayo study were not strong enough to support emergency approval.

An emergency approval at this stage would “change the way people view trials,” according to Mila Ortigoza, M.D., an infectious disease specialist at NYU Langone Health who started a plasma clinical trial with colleagues at Montefiore Medical Center. “We want to make sure that when we say it works, we are confident, with indisputable evidence,” she told The Times. “We’re dealing with patients’ lives here.”

An FDA spokeswoman declined to comment on the matter, The Times reported. 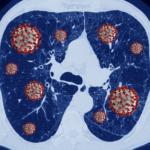