The use of the Belun Sleep Platform (BSP) wearable ring technology has shown promise for the detection of obstructive sleep apnea (OSA) and can potentially be incorporated into clinical practices for identification of the disorder. Results of the analysis were published in the journal PLoS One.

The current study (ClinicalTrials.gov identifier: NCT03997916) examined the value of BSP, a novel neural network-based home sleep apnea testing system that uses a wearable ring device, for detecting OSA. Investigators theorized that BSP can reliably recognize moderate to severe OSA in a sleep laboratory population, including those who are taking heart rate–affecting medications and those with nonarrhythmic comorbidities.

A total of 78 participants who had passed the 2-step ring size optimization protocol and had a recording time of at least 4 hours were enrolled in the present study. All patients underwent BSP testing, along with simultaneous overnight polysomnography (PSG). The sleep studies were manually scored with use of the American Academy of Sleep Medicine Scoring Manual, with 4% desaturation hypopnea criteria. Study inclusion criteria were age 18 to 80 years, providing informed consent, and completion of the STOP-Bang questionnaire, an OSA assessment tool that includes demographic and anthropometric patient characteristics.

The current study is the first analysis of the combination of a sleep questionnaire and a medical-grade wearable technology that uses a neural network algorithm to identify the presence of OSA. The investigators concluded that additional research on the diagnosis and screening of moderate to severe OSA using BSP with or without STOP-Bang is warranted. 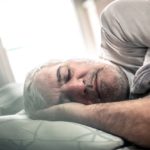