Oxygen saturation predicts inflammation in obstructive sleep apnea (OSA) and could serve as a valuable biomarker for diagnosis and treatment of this condition, according to the results of a study published in Sleep and Breathing.

In this cross-sectional, retrospective study, investigators studied the relationship between OSA severity and immune parameters. Researchers assessed the immune profiles of 461 adults who took part in the 2015 EPISONO study with respect to OSA severity (ie, mild, moderate, and severe), as well as oxygen saturation. Study participants whose profiles were selected for inclusion were under 60 years of age and without previous comorbidities.

In examining the EPISONO data from these patients, the researchers determined that the apnea–hypopnea index (AHI) was weakly associated with a profile of inflammation. However, participants with decreased oxygen saturation were more apt to demonstrate increased leukocyte and neutrophil counts, as well as a heightened neutrophil–lymphocyte ratio and increased C-reactive protein levels. The researchers concluded that a strong association existed between minimal levels of oxygen saturation (SpO2%), decreased SpO2% average, and leukocyte concentrations among study participants.

The current study confirmed previous research indicating that OSA promotes a pro-inflammatory status. However, investigators said that further research was needed to determine: 1) whether the AHI is the only tool measuring OSA severity that can assess OSA-related changes in the immune system; and 2) mechanisms that lead to inflammation during OSA.

“These results reinforce the hypothesis that the leukocyte profile in the bloodstream, especially the neutrophil population, is a relevant biomarker of OSA severity,” concluded the authors. “Our findings indicated that oxygen saturation is a predictor of inflammation during OSA and should be considered crucial in disease diagnostic and treatment strategies,” they noted. 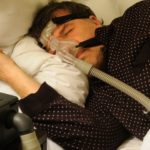