An Introduction to Viral and Bacterial Pneumonia Coinfection

Both community- and hospital-acquired pneumonia (CAP, HAP, respectively) are responsible for many hospital admissions, morbidity, mortality, and a large outlay in medical resources.1 Each year in the United States, 5% to 20% of the population will get influenza.2 When CAP and HAP occur with influenza, the consequences of bacterial and viral coinfections can portend poor outcomes, longer hospitalizations, higher readmission rates, and greater mortality.1 Viral infection can predispose patients to secondary bacterial infections and likewise, bacterial infections can induce viral shedding.1

In patients with influenza, commonly occurring bacteria include Staphylococcus aureus, Streptococcus pneumoniae, Haemophilus influenzae, and Streptococcus pyogenes.1 Up to 40% of pneumonia cases in hospitalized patients can be traced to viral infections.1 In both children and adults with CAP, the most common viral causes were influenza, respiratory syncytial virus, human metapneumovirus, parainfluenza, and coronaviruses.1 In children, the adenovirus was more prevalent vs rhinovirus, which was more prevalent in adults.1

Bacterial pneumonia is a complication in approximately one third of patients with severe influenza, resulting in intensive care unit (ICU) admission.2 Diagnosing coinfection can be challenging because of timing of the sample collection and false-negative results when the viruses replicate in the lower respiratory tract.2 Containing the infections is also difficult because so little is understood about how S aureus and S pneumoniae affect viral transmission.2

Because clinicians do not yet have a complete understanding of the pathogenesis of coinfection with bacterial and viral pathogens, Martin-Loeches and colleagues conducted a literature review to characterize patients who have the highest risk for coinfection3:

When Should Patients Not Receive Broad-Spectrum Antibiotics?

For people with suspected pneumonia seen in the emergency department, clinicians frequently prescribe anti-methicillin-resistant S aureus (MRSA) antibiotics.4 Self and colleagues, however, found that in a multicenter study of 2259 adult patients who were admitted to the hospital for CAP, only 1.6% were infected with S aureus, and of those patients, only 0.7% had MRSA.4 Yet one third of these patients admitted received anti-MRSA antibiotics because the symptoms of MRSA-related CAP overlapped with those of pneumococcal CAP.

Despite the similarity of clinical features in patients with both types of CAP — hemoptysis, multilobar infiltrates, influenza, and antibiotics prior to hospitalization — patients with MRSA CAP were more likely to be admitted to the ICU than were patients with pneumococcal CAP (86.7% vs 34.8%, respectively) and had higher hospital mortality rates (13.3% vs 4.4%, respectively).4 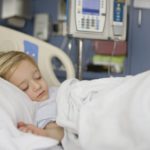 Does CAP Antibiotic Prescribing Differ in Children’s vs Non-Children’s Hospitals?