According to data presented at the 29th European Congress of Clinical Microbiology & Infectious Diseases, held in Amsterdam April 13-16, 2019, a combination dose of ceftolozane/tazobactam is noninferior to meropenem for treating nosocomial pneumonia.

ASPECT-NP was a randomized, controlled, double-blind, multicenter, noninferiority trial (Clinicaltrials.gov identifier: NCT02070757) comparing ceftolozane/tazobactam with meropenem for ventilated nosocomial pneumonia. Intubated and mechanically ventilated adults diagnosed with ventilator-associated pneumonia ≥48 hours after intubation or ventilated hospital-acquired pneumonia whereby signs or symptom onset was ≤24 prior to or ≤48 hours after intubation in patients hospitalized ≥48 hours or discharged within the prior 7 days were included in the trial.

The intent-to-treat population consisted of 726 patients who were randomly assigned to receive either a 3-g combination of 2 g ceftolozane and 1 g tazobactam (n=362) or 1 g meropenem (n=364); both groups were administered their respective treatments as 1-hour infusions every 8 hours for 8 to 14 days. The baseline characteristics of both treatment arms were comparable and 71.5% or patients had ventilator-associated pneumonia.

In this trial, 28-day mortality was 24% in the combination ceftolozane/tazobactam group and met the prespecified noninferiority criterion while 28-day mortality in the meropenem group was 25.3%, leading to a weighted proportion difference of 1.1% (stratified 95% CI, -5.13% to 7.39%). Within key intent-to-treat subgroups, mortality was comparable, including patients with augmented renal clearance (ceftolozane/tazobactam 14.9%; meropenem 10.9%) and those who failed prior therapy for nosocomial pneumonia (ceftolozane/tazobactam 22.6%; meropenem 45.0%). When considering the secondary end point of clinical response at test-of-cure 7 to 14 days posttherapy, the combination treatment was also noninferior. The test of cure rates in the intent-to-treat population was comparable to those in the clinically evaluable population.

The study investigators concluded that ceftolozane/tazobactam in combination is noninferior to meropenem for the treatment of nosocomial pneumonia and that both treatments had comparable adverse event rates. Further, “in the high-risk, critically ill patient population enrolled in this study; treatment-related adverse events leading to study drug discontinuation were rare.” Researchers believe these results, “support use of the ceftolozane/tazobactam 3 g [every] 8 h dose regimen as an efficacious and well-tolerated treatment option for nosocomial pneumonia caused by P aeruginosa, Enterobacteriaceae, and other gram-negative lower respiratory tract pathogens.” 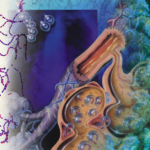