Xenleta is a first-in-class, semi-synthetic pleuromutilin antibiotic. It works by inhibiting bacterial protein synthesis through interactions with the A- and P-sites of the peptidyl transferase center in domain V of the 23s rRNA of the 50S subunit. The binding pocket of the bacterial ribosome closes around the mutilin core for an induced fit that prevents correct positioning of tRNA.

“Xenleta has a mechanism of action that is different than other approved antibiotics, resulting in a low propensity for the development of resistance, as well as a lack of cross-resistance with the beta-lactam, fluoroquinolone, glycopeptide, macrolide, and tetracycline antibiotic classes,” said Ted Schroeder, chief executive officer of Nabriva Therapeutics. “Xenleta has a targeted in vitro spectrum of activity against the most common causative Gram-positive, Gram-negative and atypical pathogens associated with CABP, which aligns with the principles of antimicrobial stewardship.”

The approval was based on data from the LEAP1 and LEAP2 phase 3 studies which evaluated the safety and efficacy of IV and oral Xenleta vs moxifloxacin with or without linezolid in patients with CABP (N=1289). In LEAP 1, patients had the option to switch from the IV to the oral route; LEAP 2 was designed to assess a short-course, 5-day oral treatment regimen.

Results from both studies demonstrated Xenleta to be noninferior to moxifloxacin meeting both the primary and secondary efficacy end points for the treatment of CABP. Additionally, both administration routes of Xenleta were well-tolerated.

Xenleta will be supplied as 600mg tablets and as a 150mg/15mL single-dose vial intended for dilution in 250mL of 10mM citrate buffered (pH 5) 0.9% sodium chloride; the diluent is provided in infusion bags. It is expected to be available to specialty distributors in mid-September 2019. 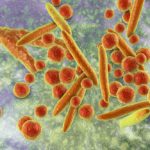