Results from a real-world study evaluating the efficacy of 13-valent pneumococcal conjugate vaccine (PCV13) against hospitalization for vaccine-type community-acquired pneumonia (CAP) in adults ≥65 years old were published in the journal Clinical Infectious Diseases.

PCV13, marketed as Prevnar 13 (Pfizer), was evaluated in a test-negative case-control study in real-world conditions where patients were administered pneumococcal vaccination as advised by their healthcare providers. Cases and controls were identified from a population-based surveillance study of adults hospitalized with CAP. A subset of these patients enrolled between April 1, 2015 through April 30, 2016 who were ≥65 years old were analyzed for the study; cases referred to hospitalized CAP patients with PCV13 serotypes.

Of the total 2034 CAP hospitalizations, PCV13 serotypes were observed in 68 patients (6 had a positive blood culture). Compared with controls, case patients were less likely to be immunocompromised (P =.02) and overweight or obese (P =.01). The majority of patients (88%) had at least 1 risk factor for pneumococcal pneumonia, such as chronic obstructive pulmonary disease, coronary artery disease, congestive heart failure, and diabetes. Also, about 21% of patients had previously been given PPSV23, another pneumococcal vaccine, in the past 5 years; the efficacy of PCV13 was not affected by previous PPSV23 administration.

The unadjusted vaccine efficacy against vaccine-type CAP for this patient group was found to be 72.8% (95% CI, 12.8-91.5%). The findings support data from the landmark Community-Acquired Pneumonia Immunization Trial in Adults (CAPiTA), which showed a significant 45% reduction (95.2% CI, 21.8-62.5; P <.001) in vaccine-type pneumococcal CAP in adults vaccinated with PCV13.

Study author Dr. Julio A. Ramirez, University of Louisville School of Medicine, stated, “The new effectiveness data further demonstrate that vaccinating adults aged 65 and older against pneumococcal pneumonia with PCV13 could help prevent hospitalization and save lives. Specifically, based on a 73% vaccine effectiveness observed in this study, we estimate that PCV13 vaccination in adults 65+ might prevent thousands of CAP-related hospitalizations.” 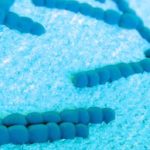