Annualized rates of hospitalization for parapneumonic empyema in US children fell after introduction of the 13-valent pneumococcal conjugate vaccine (PCV13), according to a research team led by Andrew D. Wiese, MPH, of Vanderbilt University. The decrease was in contrast to a rise in empyema hospitalizations both preceding and continuing after the release of the 7-valent pneumococcal conjugate vaccine (PCV7). The results of this study were published ahead of print in Vaccine.

The first pneumococcal conjugate vaccine, PCV7, was first included in the recommended US infant immunization schedule in 2000. PCV13, introduced in 2010, widened protection from 7 to 13 pneumococcal serotypes, including new coverage of 4 serotypes commonly associated with empyema in children (1, 3, 7F, and 19A). “Our study sought to evaluate whether the vaccination of infants with PCV13 had an impact on the incidence of empyema among US children,” lead researcher Andrew Wiese told Infectious Disease Advisor in an email interview.

Using data from the Nationwide Inpatient Sample and the US Census, Wiese and colleagues calculated hospitalization rates for empyema in children for 4 periods based on the introduction of the 2 pneumococcal conjugate vaccines: pre-PCV7 (1997-1999), early-PCV7 (2001–2005), late-PCV7 (2006–2009), and post-PCV13 (2011–2013). The Nationwide Inpatient Sample is the largest publicly available all-payer inpatient healthcare database in the United States.

Parapneumonic empyema was found in 1.3% of pneumonia hospitalizations among children younger than 18 years during the study period. Annualized rates of hospitalization for empyema in this age group were 2.1 per 100,000 population in the pre-PCV7 period [RR: 1.70 (95% CI: 1.11-2.60)]; however, rates were higher at 3.6 per 100,000 in the late-PCV7 period. Rates in the post-PCV13 period fell to 2.0 per 100,000, comparable to rates seen in the pre-PCV7 period [RR: 0.95 (95% CI: 0.76-1.18)]. “The expanded serotype coverage of PCV13 likely contributed to the return of hospitalization rates for parapneumonic empyema closer to historical rates observed prior to PCV7 introduction,” the investigators wrote in their conclusion.

Empyema rates had started to increase before PCV7 was introduced and continued rising through the PCV7 era even as rates of pneumococcal diseases, including pneumonia, substantially declined. Wiese noted that several factors likely contributed to the increase in empyema, including greater awareness and improved diagnostics. “Another factor that may have contributed was the changing ecology of Streptococcus pneumoniae related to PCV7 vaccination,” Wiese stated.

“There are more than 90 different pneumococcal serotypes. Although current vaccines cover the serotypes most commonly associated with disease, vaccine coverage is not complete,” Wiese told Infectious Disease Advisor.  “So it is possible that other serotypes not currently covered by pneumococcal conjugate vaccines could become important causes of residual disease. This is why it is crucial that we continue to evaluate changes in pneumococcal diseases after the introduction of new vaccines and continue to monitor the potential emergence of new serotypes.  This will allow us to use this information to inform subsequent interventions.” 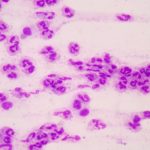