The V114 vaccine candidate consists of pneumococcal polysaccharides from 15 serotypes, including serotypes 22F and 33F, which are associated with invasive pneumococcal disease and are not contained in the pneumococcal conjugate vaccines currently approved for children and adults.

The multicenter, randomized, double-blind, active comparator-controlled phase 3 studies, PNEU-DIRECTION (ClinicalTrials.gov: NCT03620162) and PNEU-PLAN (ClinicalTrials.gov: NCT03885934), compared the safety, tolerability, and immunogenicity of V114 to PCV13 (Prevnar® 13). The PNEU-DIRECTION interchangeability study included 900 healthy infants 42 to 90 days of age who were randomly assigned to receive a complete 4-dose schedule of PCV13, one of three mixed 4-dose schedules with PCV13 followed by V114, or a complete 4-dose schedule with V114. The PNEU-PLAN catch-up study included 606 patients 7 months to 17 years of age who were either pneumococcal vaccine-naïve or who previously received a partial or full regimen of licensed pediatric PCV were randomly assigned to receive PCV13 or V114.

Findings from both studies showed that V114 met the primary immunogenicity endpoint generating immune responses comparable to PCV13 for the 13 shared serotypes at 30 days post-vaccination. Additionally, V114 generated higher immune responses for serotypes 22F and 33F (the 2 serotypes not included in PCV13) in the PNEU-PLAN study at 30 days post-vaccination compared with PCV13. As for safety, V114 was generally well-tolerated in both studies with a safety profile comparable to PCV13.

Full study results from PNEU-DIRECTION and PNEU-PLAN will be presented at a future scientific congress.

“Results from these studies support the potential of V114 to confer immunogenicity for PCV13 serotypes in infants who have previously received one or multiple doses of PCV13, and for the 15 serotypes in V114 in children in a catch-up setting,” said Dr. Roy Baynes, senior vice president and head of global clinical development, chief medical officer, Merck Research Laboratories.

In January 2021, the Food and Drug Administration (FDA) has accepted for Priority Review the Biologics License Application (BLA) for V114 for the prevention of invasive pneumococcal disease in adults 18 years of age and older. 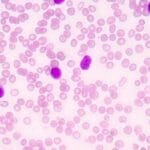