Do Patients Care About the Cultural Competence of Healthcare Providers? - Pulmonology Advisor

Healthcare disparities between demographic groups have previously been studied and documented; however, few studies have been conducted on patients’ opinions regarding the cultural competency of healthcare professionals. According to results published in JAMA Network Open, nonwhite, low-income, and underinsured patients were more likely to view the cultural competency of providers as important, and less likely to report being treated with respect.

Study researchers analyzed 22,864 patient responses to 5 questions on cultural competency included in the 2017 National Health Interview Survey. They used logistic regression models to generate response estimates by race/ethnicity, insurance status, poverty level, and education. These were adjusted for age, sex, and the presence of chronic conditions. Of those who responded to the 5 questions, 54.4% were female and 64.4% identified as white, and the mean age was 48.8 years.

The results showed that an overwhelming majority of respondents (81.5%) cited feeling that they were treated with respect by healthcare providers, and 67.0% said they were always given information by providers that was easy to understand. Few respondents (19.2%) said they felt it is important for their healthcare providers to understand or share their culture, and only 35.6% said providers always ask a patient’s opinions about care.

In addition to these responses, the researchers provided weighted responses adjusted by sociodemographic characteristics of the survey respondents. This data revealed that those who identified as black, Hispanic, or another race/ethnicity other than white were much less likely to report being treated with respect by healthcare providers always or most of the time. Similarly, few individuals who were categorized as low income or were uninsured reported respectful treatment most of the time or always. All of these groups also responded that they felt it was very or somewhat important that their healthcare providers understand or share their culture. Additionally, white respondents reported being able to see providers who shared their culture 78.0% of the time vs black respondents (59.7%), Hispanic respondents (60.2%), and those of other races/ethnicities (59.1%).

The researchers concluded that most of the patients who were nonwhite, uninsured, and had low income levels were less likely to share these views. Simultaneously, these patients were more likely to find healthcare providers’ cultural knowledge important, despite their being much less likely to have access to providers who shared their culture.

Though the results were limited by the cross-sectional nature of the data, they highlight the need for increased cultural competency and access to healthcare providers who share the cultures of their patients. To this end, the researchers suggest that medical schools should focus on diversifying the pipeline of healthcare professionals, as well as working to eliminate structural racism in the healthcare system by providing culturally appropriate care to populations who need it most. 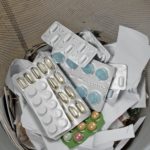