HealthDay News — From 2004 to 2014, there was an increase in the provision of infused chemotherapy in hospital outpatient departments (HOPDs), which is associated with increased spending, according to a research letter published in JAMA Oncology.

Aaron N. Winn, PhD, from the Medical College of Wisconsin in Milwaukee, and colleagues describe trends in use of and spending for infused cancer chemotherapy in HOPDs vs physician office settings from 2004 to 2014. Data were included for 283,502 commercially insured patients who initiated treatment with infused chemotherapy and remained enrolled for 6 months.

The researchers found that from 2004 to 2014, there was an increase in the rate of commercially insured patients receiving infused chemotherapy in HOPDs, from 6% to 43% of infusions.

At the drug level, spending was significantly lower in offices vs HOPDs ($1466 vs $3799). Patients treated in offices had lower day-level spending ($3502 vs $7973). During the 6-month treatment-episode, total reimbursement was also lower in offices ($43,700 vs $84,660). Similar results were seen in sensitivity analysis on breast cancer patients.

“Potential targets for reduction of excess spending and creation of a more efficient health care system can come from private insurers following Medicare’s lead, which has started to equalize payments across sites of care,” the authors wrote. 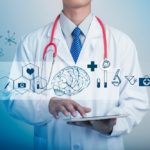