Language in Patient Records Can Convey More Than Medical History

A team of researchers analyzed the linguistic features of 600 encounter notes about 507 patients, written by 138 clinicians (attendings and residents) in an ambulatory internal medicine setting at an urban academic medical center. They found that the physicians expressed both negative and positive attitudes toward their patients and that, although most negative language was not explicit, it could potentially transmit bias and affect the quality of care that the patient might subsequently receive.

What was the motivation behind the study?

I first noticed the use of stigmatizing language when I was conducting a study2 several years ago looking at pain management quality in people with sickle cell disease. As we went through the patients’ records and looked at the notes, we asked how much pain the patients reported, how much medication was given, how often it was reassessed, and how often the pain medication increased when the prior dose was not working.

While going through these records, we were struck by how physicians and nurses would use language not to directly state but to insinuate that the patient was exaggerating the pain. For example, the physician might write, “The patient states, ‘I am in as much pain as before.’” In this context, the use of quotes might have been an attempt to discredit, disbelieve, or not accept what the patient said as true.

Once we noticed these linguistic patterns in this context, we realized they might actually be occurring in other contexts as well. Now that our eyes had been opened, we began to see these patterns more broadly. So we decided to perform a content analysis of the unstructured, free text section of patient medical records from an internal medicine primary care setting and categorize themes of negative language that could be potentially stigmatizing to the patient.

Beyond the disbelief of patients, which we had noticed in the context of sickle cell anemia, we found and began to categorize other themes of negative language that could be stigmatizing to the patient.

We also found that physicians write positive things about their patients, so we decided not to make our analysis only about situations with stigmatizing language but about any language that conveys more than merely the medical history and also how the person writing that history feels about the patient.

Can you please speak more to what this type of “content analysis” involves?

Content analysis is a qualitative method that “focuses on the characteristics of language as communication with attention to the content or contextual meaning of the text,” and involves “examining language intensely for the purpose of classifying large amounts of text into an efficient number of categories that represent similar meanings.”3 We set out to discern theme or patterns of language that clinicians might be using in their encounter notes and on the basis of these patterns, we defined categories of language that reflected both negative and positive attitudes toward patients.

Did your research team consist only of physicians?

What types of stigmatization language did you find?

We found that most negative language was not explicit and generally fell into 1 or more of 5 categories: questioning patient credibility; expressing disapproval of patient reasoning or self-care; stereotyping by race or social class; portraying the patient as difficult; and emphasizing physician authority over the patient. 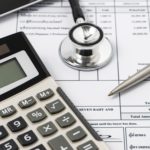